*Jaegyr von der Weidenstrasse has been sold to  Mr Hamid Valju, Polokwane and therefore will be able to do stud work in that area. 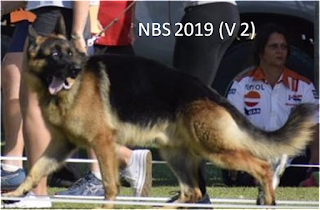 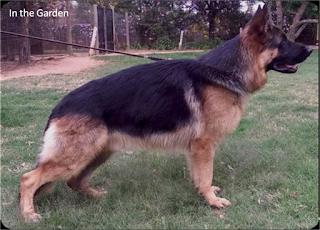 A large, powerful and substantial male with a dark saddle and very good body proportions. Very good, powerful, masculine head with good pigmentation and dark eyes. High wither, straight back. Very well laid croup that could be longer. Very good angulations. Balanced chest proportions. Correct in front. The hocks could be slightly more firm going, correct coming. Powerful hind thrust with very good forward reach. Drive, self-assurance and stress tolerance (TSB) pronounced, dog does not release
This is a male for the German Shepherd Connoisseur. Jaegyr is an above average male not only in temperament but also looks. He is masculine, dark mask, dark eyes, well constructed with an outstanding temperament.

Jaegyr is not for the soft hearted. He is a very playful boy but equally dominant if needed. He likes to take over. He has been very well socialized and is wonderful to watch with children. 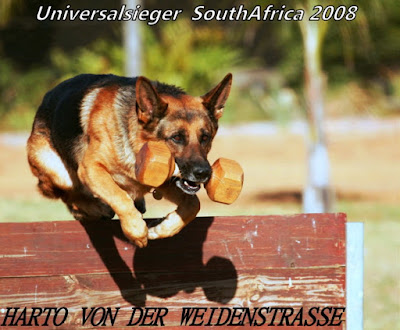 Posted by Weidenstrasse Zwinger at 14:46


Weidenstrasse Zwinger has been serving the global community of German Shepherd Dog lovers since 1996.

We offer a professional, friendly, quality service based on 22 years of breeding top class dogs.
Zwinger von der Weidenstrasse is affiliated to the German Shepherd Dog Federation of South Africa and holds its highest breeder award, the prestigious Double Diamond Breeder Medal. This award is conferred on kennels who have demonstrated a consistent ability to breed dogs of the very highest caliber in both breed and trial competition and qualification events. 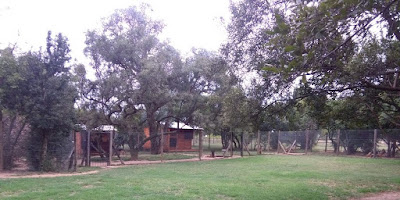 Weidenstrasse Zwinger is committed to providing our dogs with the very best that they can have. We treat our dogs as family members, each one receiving individual treatment each and every day of the year. When not save and secure in their kennels they have free run of our large property or are engaged in breed or Schutzhund work to ensure they are always in top condition both physically and mentally.
Puppies, once weaned from their mothers have a special place in our Zwinger. Socialized from day 1 with a constant flow of people, dogs and learning they are confident, curious and bold.
Our breeding bitches have their own private spaces,
and raise their litters initially in the security of whelping boxes inside the house.


Our kennel runs are all on grass and dirt, no confining artificial concrete runs are used. Each houses a spacious wooden retreat providing shade from the sun and a dry place when the soaking rains of summer arrive.
Weidenstrasse dogs can be noisy, sometimes boisterous but always happy. You will see the difference our approach to breeding makes when you visit our Zwinger.

What is Quality and what is not!

It has been bothering me for quite some time that I am not always able to explain what a quality German Shepherd should look like.

I hope to demonstrate with this photo the clear distinction. We often forget that a German Shepherd is a very noble dog and to explain nobility is extremely difficult.

I do not think I have to say much more other than have a good look at this photo and decide for yourself which one is the quality German Shepherd. 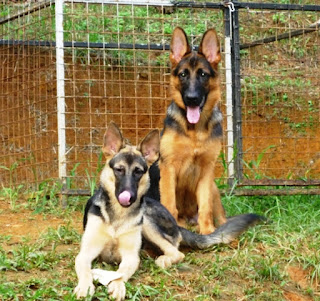 We always talk about the color red and black. This is the ideal photo to show what we mean by red and black (obviously it is the puppy on the right). The dog on the left shows the black and tan we do not want to breed anymore.

Posted by Weidenstrasse Zwinger at 07:35 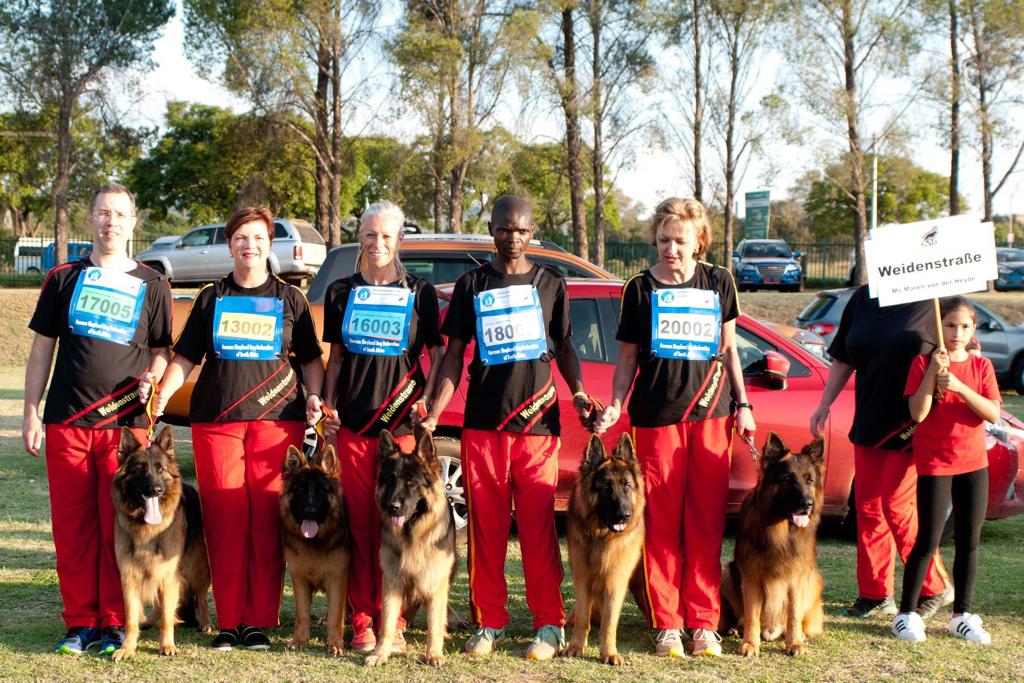 THIS IS WEIDENSTRASSE'S SECOND UNIVERSAL SIEGER 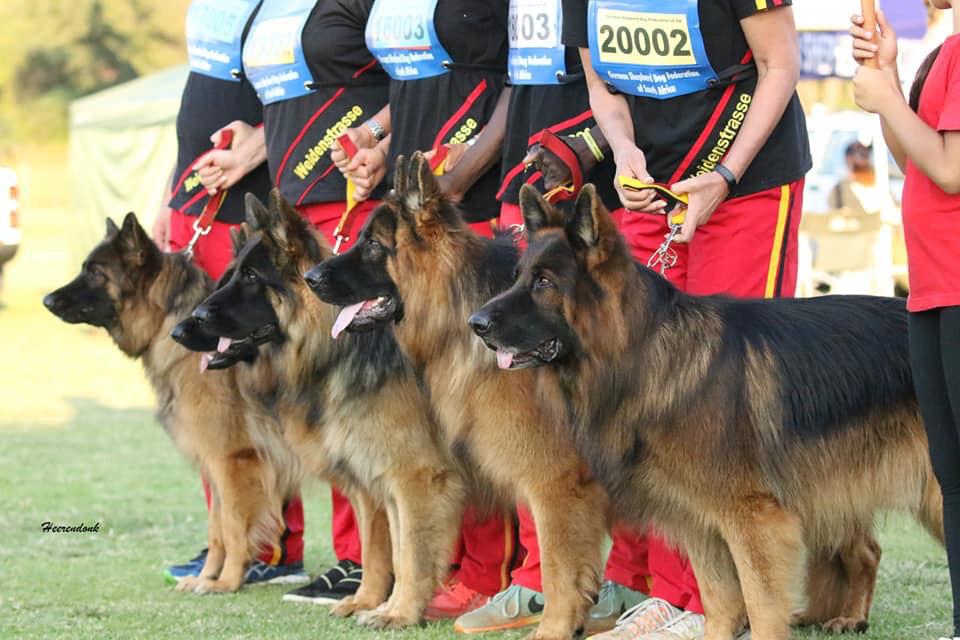